Torro is from the Blue Cross. I’ve had him about 3 years now. They told me he had cushings and had been on meds but got very difficult to get them into him so they had to stop (he was sent back to the charity from a previous loan home)
He’s been absolutely fine without up til this summer. Even on bare paddocks and woodchip turnout he was laminitic so decided to try him back on half a tablet a day. It’s made a massive difference and I want to keep him on them, however he is now refusing it in feed, he can literally leave it clean in his bucket and tbh I don’t want to feed him anyway!! Hiding it in a bit of apple has worked well... until yesterday. He now dislikes apples apparently! He’s become quite suspicious of me trying to give him anything! A syringe is really really last resort as he’s terrified of life at the best of times and if I start being “nasty” I’ll just never get near him again.
He’s usually such a pig! I never thought this would be a problem.
Any bright ideas?

Crush the tablet up and add to something that will mask the taste - something sugary he likes?

My eldest mare has Cushings and I've fortunately never had a problem getting the Prascend down her. She just eats it mixed in with her food. Hmmm. Have you tried a banana? This sometimes work if I'm trying to hide medication for Storm - she is very good at finding whatever it is but these do sometimes do the trick. Is there a particular feed that he might find super tasty? Even if you don't feed one normally, it's just worth a try. Appreciate the difficulty in finding something super tasty that is suitable for a horse with Cushings. Sometimes the novelty factor works though - and you could try low cal like Dengie Healthy Hooves?

Just another thought - when I couldn't get antibiotics down J I used a few drops of peppermint oil (just the stuff that you'd buy for home baking etc).

Apparently you can buy empty gelatin capsules that you can pop them in to hide the taste, I'm sure someone here said that, @MrC perhaps?
Or maybe try desolving it in a little warm water to mix better with something so he doesn't bite into a tablet? A spoonful of applesauce or few nuts?
Reactions: MrC
C

Try dissolving the tablet in water - they dissolve quickly - then soak a few tasty pony nuts, and if needs be a handful of mix, in the solution. Feed it when he's hungry!
Reactions: domane

Yes, we diluted it in a cup of water and used it to dampen a feed.

Thank you!! I’ll try all this. I did want to start feeding Barney a bit who he lives with so I guess a handful won’t hurt.

He’s been doing so well recently but sadly got trimmed a little harshly the day before yesterday. He’s now a bit sore again
I’m not a laminitis pro. Would you keep in off grass again or is it better for him to be walking. No heat or pulses (not that I’m great with pulses tbh def no heat)
C

If there are no heat or pulses and he's tentative rather than distinctly lame then I'd turn out, though if you can do so on poor grazing that's better than good grass. Keep a close eye on him though and if he looks worse then get him in. This time of year is often the worst for PPID symptoms so be aware it could be the start of laminitis rather than the trim.
Reactions: Toz

Get the empty pill capsules from eBay. One tab fits nicely in one then pop it in the middle if the feed best the top and they don’t even know it’s the. 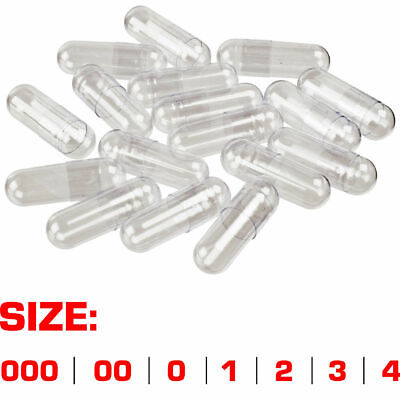 carthorse said:
If there are no heat or pulses and he's tentative rather than distinctly lame then I'd turn out, though if you can do so on poor grazing that's better than good grass. Keep a close eye on him though and if he looks worse then get him in. This time of year is often the worst for PPID symptoms so be aware it could be the start of laminitis rather than the trim.
Click to expand...

Thanks. He was absolutely fine before the trimming. New farrier and I did think he took a lot off. He’s fine in the actual field but it’s stony going to and from.
You must log in or register to reply here.
Share:
Facebook Twitter Reddit Pinterest Tumblr WhatsApp Email Link
Top Bottom